10 Keys To Passing the HESI A2 Grammar Section

Pocket Prep
If you're taking the HESI A2, don't miss out on our top grammar section tips!

How Will Knowing Effective Study Tools Affect Your HESI A2 Grammar Score?

Does the question above make sense? Can you understand the difference and meaning of effect and affect and how it was used in the question above? Knowing (or not knowing) the difference will absolutely affect your HESI A2 grammar score! The HESI A2 Grammar section will cover all eight parts of speech, including adjectives and adverbs. We will go over the top ten grammatical mistakes made in the HESI. Knowing the difference between these troublesome word pairs will prepare you to ace the grammar section of the HESI A2 exam. 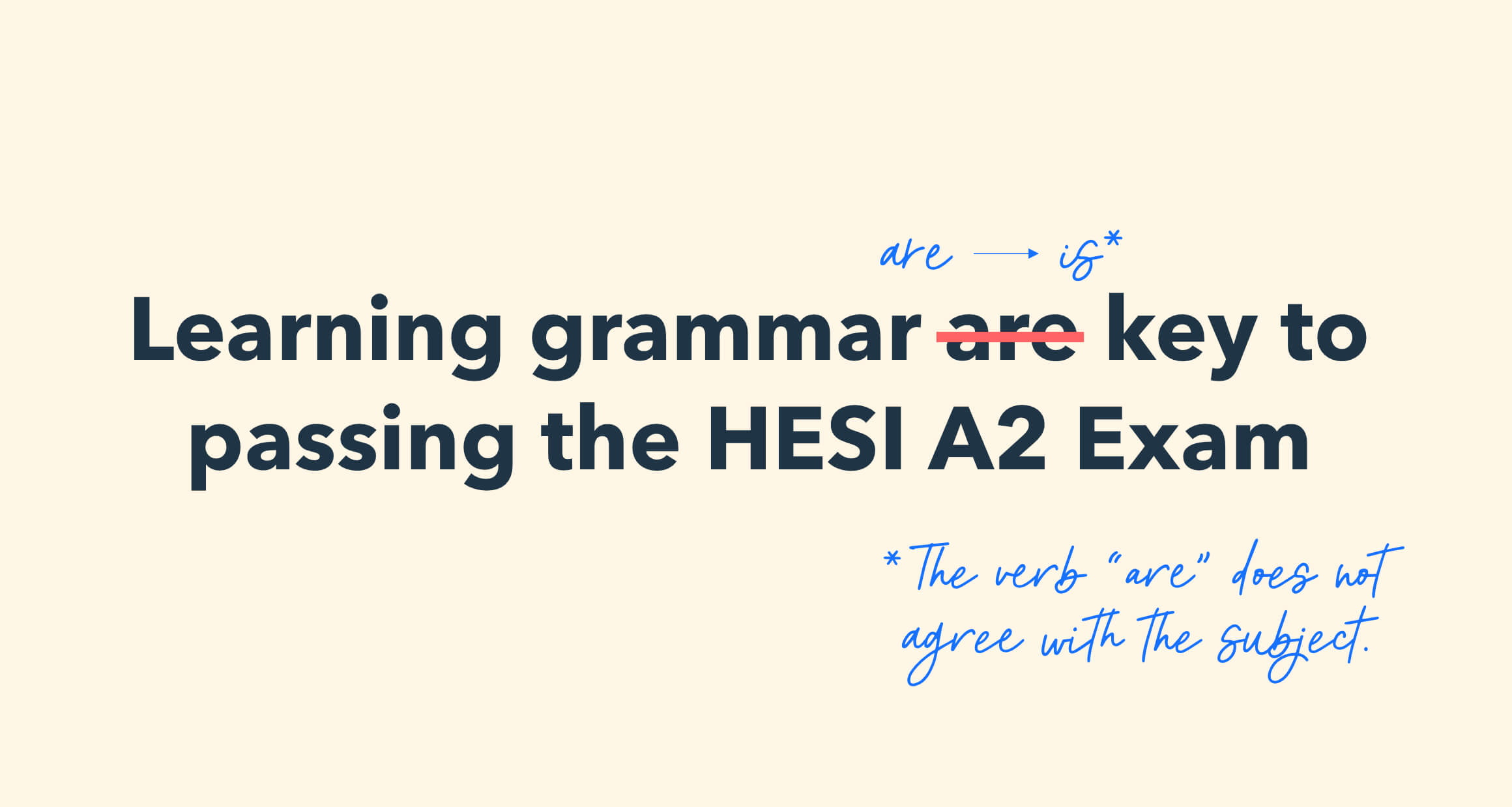 Affect means to change or influence something and is almost always used as a verb.

Affect can be used as a noun, however, affect as a noun is solely for psychology & psychiatry applications.

Effect is used to describe the results of a change and is almost always a noun.

Effect can be used as a verb when something is “brought about.” In other words, effect as a verb produces a result.

Here is a mnemonic device to help you remember when to use each:

Passing the HESI A2 will affect your life; you’ll feel the effects when nursing schools beg you to enroll!

Among is used when describing a relationship of more than two things or people.

Between is used when describing a relationship in regards two things or people.

Good is used as an adjective.

Well is most often used as an adverb. Well answers the question of “how?” and can sometimes be used as an adjective to describe physical health.

Its is used for possessive applications.

A good way to remember which one to use is to substitute it’s in a sentence for it is or it has. If the sentence still makes sense, then it’s is the correct form. If it does not make sense, use the other form.

Farther is used when referring to physical distance. It can be used as an adjective or an adverb.

Further is used when referring to nonphysical distances or things that cannot be physically measured. It can be used as an adjective, adverb, or a verb.

Then has multiple definitions. “At that time,” “next,” “also,” “in addition,” “in that case,” “therefore,” and “as a consequence” are all definitions of then. It is most often used as an adverb, but it can be used as an adjective or a noun at times.

Than is a conjunction used only to compare things.

Which is used to connect an unnecessary dependent clause to a sentence.

That is used to connect a necessary clause to a sentence.

Fewer is used when referencing things that can be counted, such as books, candles, or coins.

Less is used when referencing things that cannot be counted. It is also used with collective nouns and abstract nouns.

A complete sentence should include a subject and a verb, or an independent clause if it begins with a conjunction/adverb/preposition.

These topics are what HESI A2 calls “troublesome word pairs” and undoubtedly show up on the HESI A2 Grammar section.

The Ultimate Guide to Scoring High on the HESI A2 Anatomy and Physiology Section
Prep with the Pros
All of our practice questions are written by industry experts, and each question comes with a detailed explanation.
© 2023 Pocket Prep, Inc. All Rights Reserved.