Our Blog
Brain Dumps and Other Test Day Hacks 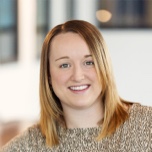 April Stratemeyer
Senior Communications Manager
Brain dumping/ memory dumping is a popular method for test day to help memorize formulas, equations, and #complicatedstuff. Find out how to do it and if it'll help you come test day.

What is a Brain Dump?

As it pertains to test-taking, a brain dump (or memory dump) is a method where a test taker writes down a bunch of memorized information onto a sheet of paper right as the exam begins, then uses that sheet for reference during the test.

In the case of a testing situation where a scratch sheet of paper and pen is allowed, a brain dump can be done once the test taker has entered the formal testing environment and is allowed to begin using the sheet of paper.

In the case of a test that does not allow an extra sheet of paper to be used, there is the option of using any paper already provided for the test – such as the paper(s) featuring the testing questions – as a place to conduct a brain dump. It can be the cover to the test or even the backside. Pending restrictions on writing on provided resources, any extra space on a guidebook, booklet, or piece of paper provided during a test can be used for a brain dump. Use what’s available!

When possible, get your thoughts on paper during a test! It's a great way to get those ideas you know down so you can refer back to them later.

What type of information should be used for a Brain Dump?

There are no limitations to what type of information can be used during a brain dump, however, it’s most common to jot down numerical or dense information such as formulas, equations, dates, timelines or lists.

Think about the information you are most likely to forget during the test. Many of us get stressed and anxious which affects our memory and recall. It’s also possible that some of the questions will be phrased or presented in ways that you haven’t seen previously, so having a resource guide to turn to will help you bridge the gap between what you already know and what the question is asking for.

For example, the Project Management Professional (PMP) is a popular certification that is well known for its test takers using brain dumps before the final exam begins. The content of the exam covers dozens of process charts and math formulas from earned value formulas like EAC = AC + (BAC – EV) / (CPI * SPI) to hyper niche acronyms and vocabulary.

The PMP testing organization actually used to allow test takers a dedicated 15-minute period right before the exam to conduct a brain dump. The standards have since changed and test takers must now conduct a brain dump, if they would like, during the given four hours to take the exam. However, many people who are preparing to take the PMP today still tout the method as worth its weight in gold to spend 10-15 minutes of the exam conducting a brain dump.

What are other useful tips for test day?

A brain dump is just one of many strategies that can be taken on test day. From the basics of getting a good night’s sleep the night before to eating a meal and being well hydrated, there are many other tips and tricks to maximize your brainpower and get into a healthy headspace before the exam begins.

Instead, focus on keeping yourself calm with deep breathing and tapping into your memory to mentally review the information you’ve already studied.

Do not engage in negative conversations with people before the test

If it means avoiding friends or classmates, so be it. Having a casual conversation about how nervous you both are, how important this test is, or questioning if you studied enough can be detrimental to your mental state right before a test.

Believe in yourself, stay positive, and do not compare yourself to others

Comparing yourself to other people in high-pressure situations can lead to a loss of focus generated by anxiety or fear, and it can also impact your memory. Once you’re entering the testing environment, your only focus should be on yourself. Keep your mental conversation positive by telling yourself “I am prepared and ready”. Lastly, believe in yourself. You wouldn’t have gotten this far if you didn’t put the time and effort in.

Flip through the entire test first before answering anything

Take a look at what’s there and become familiar with it. Are there any areas you think you’ll need to dedicate more time to? Break down the number of sections or questions and calculate how much time on average you’ll have for each. If there are any areas you’re confused about, bring it up with the instructor. Knowing what you’re up against will help you create a plan of attack and use your time more wisely.

If you sense yourself becoming overwhelmed or nervous during the test, put your pen down and take a break. Do three deep breaths, breathing in through your nose and exhaling through your mouth. If you’re up against a particularly challenging question, flag it and go back to it later. Build your confidence back up by knocking out some of the questions you’re more comfortable with, then address the challenging questions at the end.

Many testing organizations will utilize negative language intentionally to create a distractor during a line of questioning. When you see a negative situation, underline the negative word to draw further attention to it. Re-read the question through and ask yourself the inverse of the question in a positive manner. How would this question be asked if the negative angle was removed? Reversing the tone can help your memory recall more elements and solutions.

Wear formal clothing during the exam to boost your mood

The type of clothing you wear during an exam can affect your mindset and ultimately your performance. Just like wearing athletic wear to the gym can get us in an energetic and focused mood, wearing formal clothing can push us to think more abstractly and holistically. What we wear on test day can actually impact how we think, feel, and interact with the world.

Whether it’s something you did before the test began or something you observed while sitting for the test, force yourself to review what went right and what went wrong. Did you learn anything about your memory performance? Is there something that you wish you had done beforehand? Make a mental note about how you can improve your process for the next time around.

As tempting as it may be to throw the notes away in celebration, keep them on hand until you’ve officially learned your score. If the instructor plans to give your test back to you at some point afterward, keep your notes on hand just in case you suspect an error. You can use your notes as a reference point to call attention to an area that you would like to reassess with the instructor.

If you passed, allow yourself to celebrate!

Go out to dinner with friends or family, watch that movie or TV series you’ve been thinking about, or plan a road trip for the weekend. Hard work merits reward, and it’s important to treat yourself kindly for achieving success.

Taking a test can be stressful, but your preparation process doesn’t have to be. If you’re on the lookout for more study support, we’ve also discussed whether learning styles are a real thing, how what you wear on test day can affect your score, and how spaced repetition spurs better memorization than cramming.

Tips For Studying If You Never Learned How
Prep with the Pros
All of our practice questions are written by industry experts, and each question comes with a detailed explanation.
© 2023 Pocket Prep, Inc. All Rights Reserved.