Pocket Prep
In honor of Pride Month and to celebrate the LGBTQ+ community, Pocket Prep has donated to six LGTBQ+ organizations in the Seattle and Durham metropolitan areas.

While 1969 was a year of celebration for many Americans through cultural phenomenons such as the moon landing and Woodstock, it was also a year that would forever change the course of history for the LGBTQ+ community in America.

When the Stonewall Uprising began in the early hours of June 28, 1969, in a gay club in the Greenwich Village of New York City, it lit an indelible flame that demanded equality and justice for a population that endured discrimination and hardship for something as simple as their sexual orientation.

Fifty-two years later, this flame has continued to burn in the mission to bring equality to the LGBTQ+ community. As we begin the month of June, we celebrate Pride Month and the incredible courage and determination this community continues to uphold in the fight to be treated as equals in a world made better by diversity and inclusion. 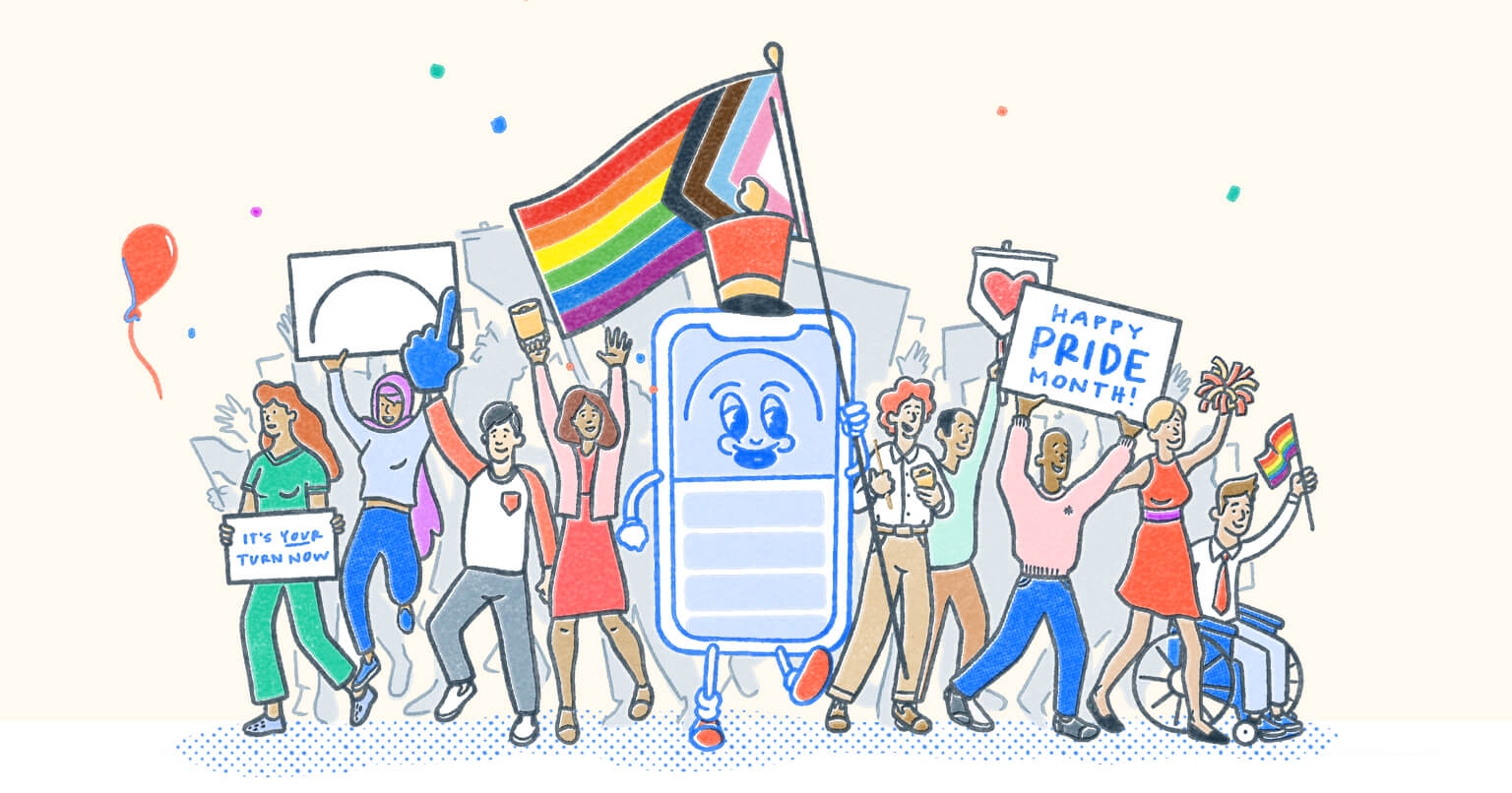 Pocket Prep and its employees stand with the LGBTQ+ community.

In celebration of Pride Month, Pocket Prep has donated a total of $6,000 to six LGBTQ+ organizations in the two cities where the company is based: Seattle, WA and Durham, NC.

“2020 was a landmark year of social justice reform in America, and we were deeply inspired as a company to become more involved in giving back to our communities,” says Peter Murphy, CEO and Co-Founder of Pocket Prep. “We are fortunate to live and work in cities that have incredible organizations doing on-the-ground work to help the LGTBQ+ community, and we are honored to participate in supporting them and their missions.”

The organizations selected provide direct support and assistance in the areas of youth support, housing insecurity, counseling, and more.

We are fortunate to live and work in cities that have incredible organizations doing on-the-ground work to help the LGTBQ+ community, and we are honored to participate in supporting them and their missions.
Peter Murphy, CEO and Co-Founder

Each of the following organizations has received a $1,000 donation from Pocket Prep:

iNSIDEoUT (Durham) – A youth-led network of safer spaces, resources, and opportunities for LGBTQ+ youth to unite and organize. The organization seeks to create a safer space for all LGBTQ+ youth, both near and far by working to connect Gay-/Queer-Straight Alliances with one another to strengthen our community.

LGBTQ Center of Durham – This organization’s Host Home Program (HHP) works with transitioning aged young adults (18-24 years old) who are experiencing housing instability in Durham County and the Triangle region. Their vision is to create a community where all LGBTQ+ lived experiences are affirmed, supported, and celebrated.

PFLAG (Parents and Friends of Lesbians and Gays) Seattle – Made up of parents, families, friends, and straight allies uniting with lesbian, gay, bisexual, and transgender (LGBT) people, PFLAG is committed to advancing equality through its mission of support, education and advocacy.

Wrenn House – Haven House Services (Durham) – Provides a safe, legal, and responsible environment for youth aged 10-17 who run away from home, those who are homeless, or are otherwise in a crisis situation. Wrenn House works directly with the LGBT Center of Raleigh to cater to LGTBQ+ populations specifically. 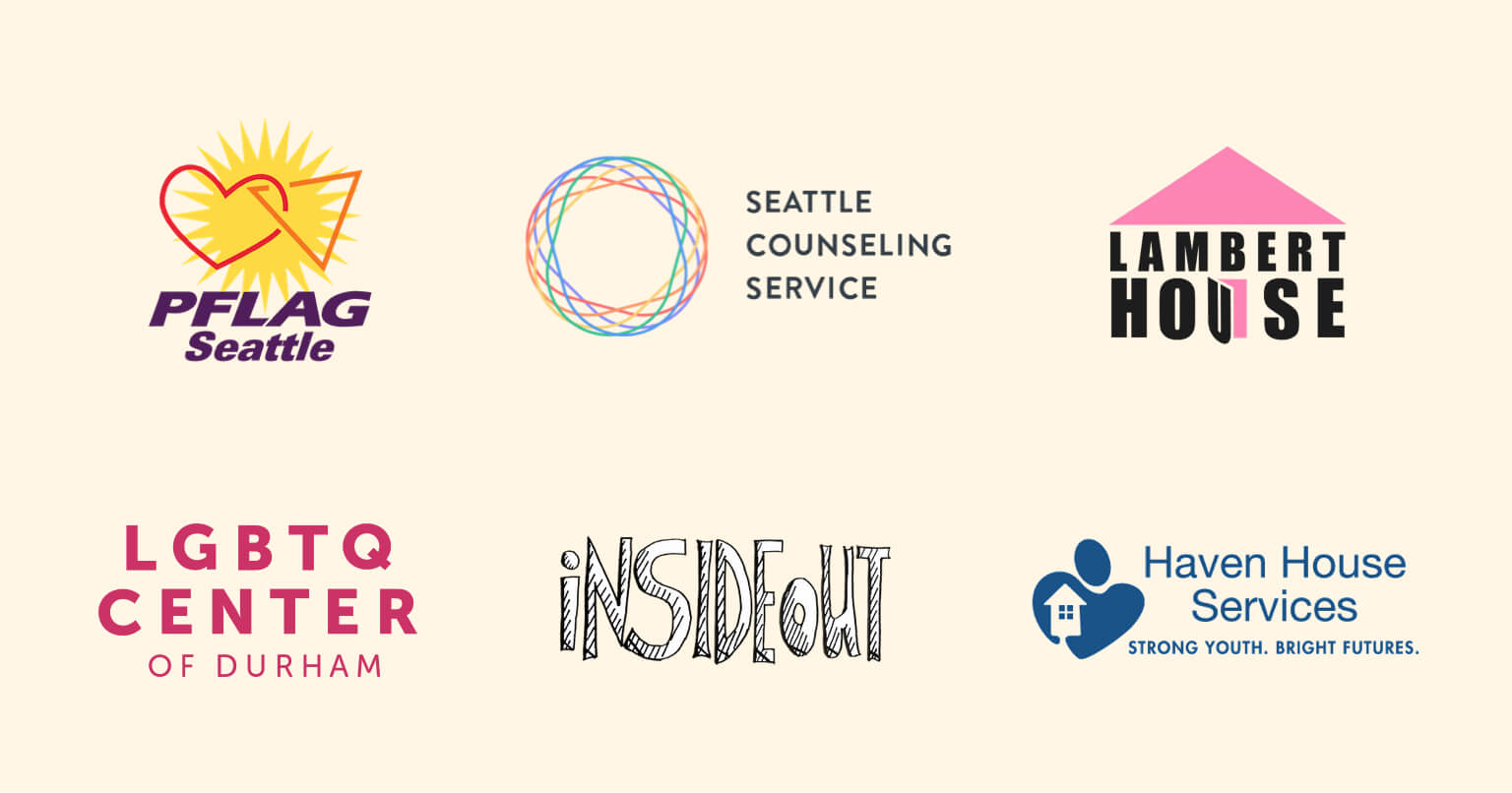 Pocket Prep has donated a total of $6,000 to six LGBTQ+ organizations in the two cities where the company is based: Seattle, WA and Durham, NC.

Pocket Prep and its employees stand with the LGBTQ+ community, and we encourage our communities and our users to take part and get involved as well.

If you are looking for a place to donate or a place to get involved, here are more organizations in the Seattle and Durham metropolitan areas that support the LGBTQ+ community:

LGBTQ Center of Raleigh – The organization’s mission is to strengthen individual and community development through social and educational activities; to facilitate the incubation of supportive services and groups; and to identify needs and advocate for resources benefiting the diverse population of lesbian, gay, transgender and bisexual people, their friends and supporters within and beyond central North Carolina.

PFLAG (Parents and Friends of Lesbians and Gays) Triangle – Made up of parents, families, friends, and straight allies uniting with lesbian, gay, bisexual, and transgender (LGBT) people, PFLAG is committed to advancing equality through its mission of support, education and advocacy.

Entre Hermanos – Their mission is to promote the health and well-being of the Latino Gay, Lesbian, Bisexual, Transgender, and questioning community in a culturally appropriate environment through disease prevention, education, support services, advocacy and community building.

Gay City HIV & STD Testing – Launched in 1995 with a bold vision of building a community stronger than HIV. Offers confidential and anonymous HIV testing and STI screening. Their services have expanded to support the growing needs of the most marginalized LGBTQ people.

Lifelong AIDS Alliance – A national organization with headquarters and heavy involvement in the Seattle community. Their mission is to stand up and fight alongside those who are facing illness and injustice — because no one should have to battle stigma, judgment, or the devastating effects of illness alone. Their wraparound care model supports the whole person, looking at how nutritious food, stable housing, and access to care helps people living with HIV and other life-challenging illnesses, like cancer, Parkinson’s Disease, and other serious illnesses, have the best chance at lifelong health.

Pride Foundation – Their mission is to fuel transformational movements to advance equity and justice for LGBTQ+ people in all communities across the Northwest. Specific programs include scholarships, grants, policy advocacy, public education and more.

Seattle Pride – Provides grant funding to nonprofits advocating in support of diversity, inclusivity and equal human rights for all. The Board of Directors makes funding decisions through a competitive grant making and sponsorship award process, with an emphasis on programs that promote personal growth and community development.

Pocket Prep Announces Scholarship Fund Recipients
Prep with the Pros
All of our practice questions are written by industry experts, and each question comes with a detailed explanation.
© 2022 Pocket Prep, Inc. All Rights Reserved.