Our Blog
The Lives of CRNAs
Try our Prep 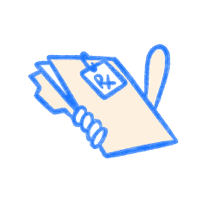 The Lives of CRNAs

Pocket Prep
In honor of CRNA Week, we hear from CRNAs on what it’s truly like to be a Certified Registered Nurse Anesthetist. We look at the history of the certification as well as personal stories from medical professionals.

The week of January 23-29 is dedicated this year to the celebration of National Certified Registered Nurse Anesthetists (CRNA), paying tribute to those 57,000 CRNAs certified and registered in the U.S.

American nurses have been functioning as anesthesia providers out of necessity since the Civil War, administering anesthesia to wounded soldiers on the battlefield. These early nurses were asked to provide surgical anesthesia, typically chloroform, by the military surgeons who noticed the nurses were more dedicated to the holistic care of the wounded soldiers than were medical students in their employ.

They later became the primary providers of anesthesia services to the military during World War I, with the U.S. sending trained nurse anesthetists to the blood-stained battlefields of France where they were faced with horrible conditions and indifference to their attempts to help.

The ‘Mother of Anesthesia’

CRNA schools in the U.S. were started in 1909. Post-graduate nursing education in anesthesia provision began shortly after that, and with the end of WWI, nursing’s primary location for the provision of anesthesia moved off the battlefield and into the operating room (although CRNAs remain the primary providers of anesthesia for the U.S. military).

This was an unprecedented statistic at that time.

Credentialing of nurse anesthesia providers with the CRNA designation first took place in 1956. The CRNAs role as the primary provider of anesthesia services marched forward into rural American hospitals, and the rest, as they say, is history.

Today, CRNAs provide anesthesia care to every type of patient, in almost every specialty area of healthcare, wherever healthcare services are provided.

Dwayne is a CRNA with over 20 years of anesthesia experience who is currently practicing in a metropolitan area in the Southeast. He shared with us what a typical day looks like for him in his role as a CRNA. Dwayne splits his professional time between clinical practice working for a busy hospital system and serving as the CRNA program director for a large university in the metro. 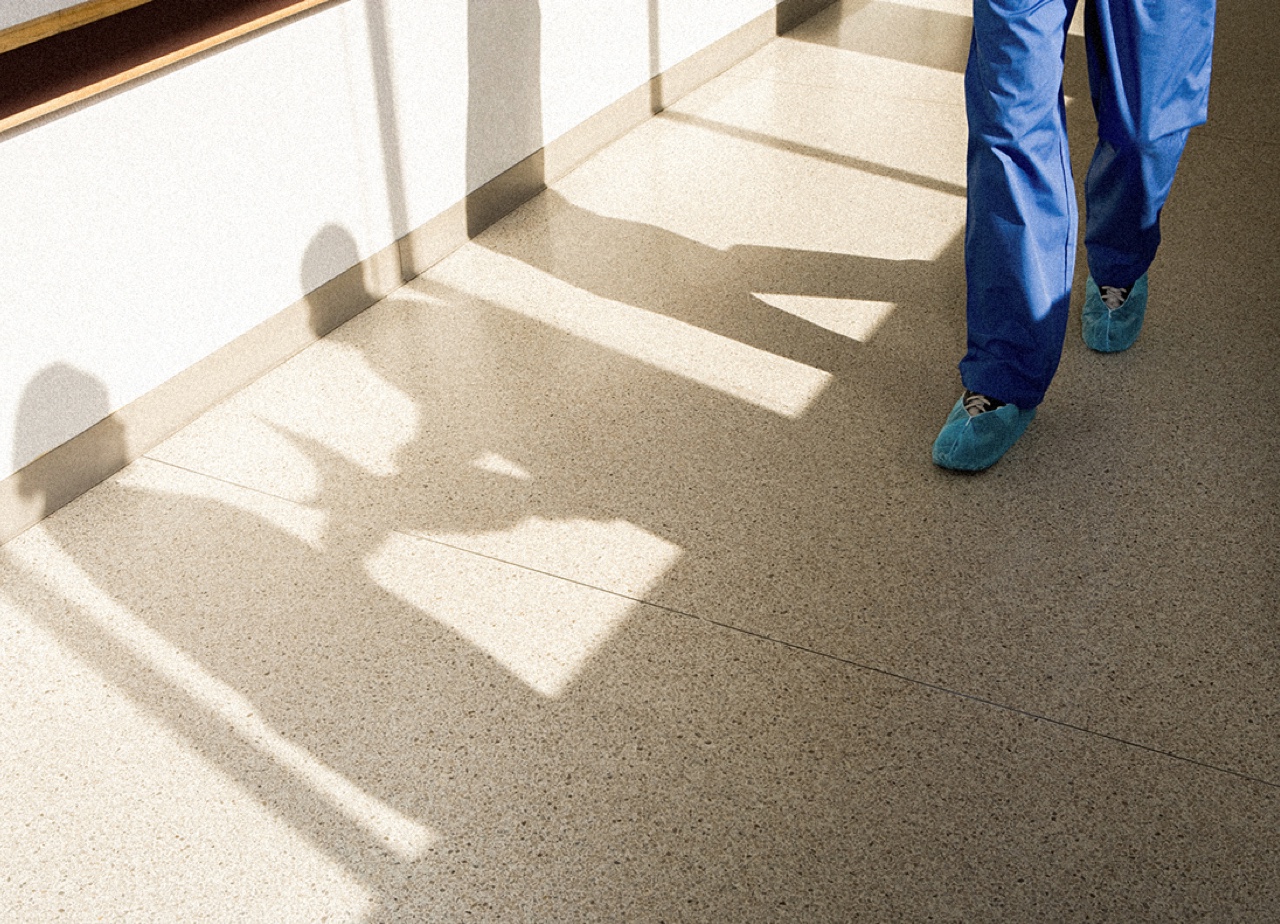 Mondays, Tuesdays, and Thursdays he spends his time on campus, teaching in the classroom and working with CRNA students in the simulation labs. “This semester I’m teaching pharmacology, principles of anesthesia, and a medical physics class,” but this varies from semester to semester, he stated. “I get to keep my students for 36 months,” Dwayne shared with us, a note of fatherly tenderness evident in his voice.

While most of Dwayne’s colleagues work two 24-hour shifts through the hospital system, his schedule is different because of his academic responsibilities.

Dwayne works at his clinical practice primarily on weekends, beginning his long 24-hour shift at 6:45 a.m., most often preparing for a Cesarean section scheduled to start at 7:30 a.m.

“I start the day by prepping my [operating] room, interviewing my patient.” He then heads off to the OR to await the arrival of the patient. Often the CRNA students Dwayne teaches in the classroom at the beginning of the week end up in the obstetric OR with him at the end of the week, learning alongside him in real time as he administers anesthetics and monitors the patient.

When scheduled Cesarean sections are not on the schedule first thing in the morning, his routine varies a bit. “My typical day is census driven; if there aren’t any C-sections scheduled for 7:30 a.m., then I go and interview laboring patients to see if they are requesting [labor analgesia],” he said.

Once labor analgesia has been ordered by the obstetric provider, Dwayne meets the patient’s request for pain relief, typically an epidural, whether it’s asked for before a scheduled induction or when a laboring patient who had initially declined labor analgesia “changes her mind at eight centimeters and starts yelling for me!” 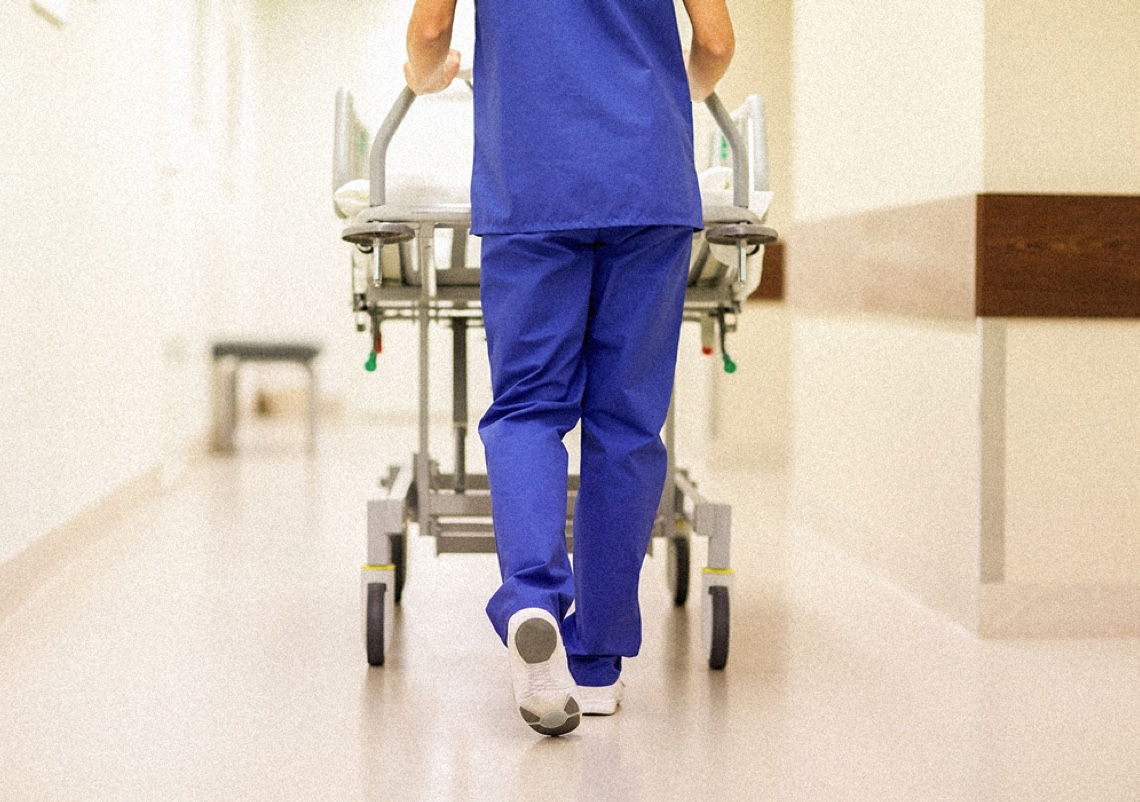 A critical component of Dwayne’s evaluation of laboring patients during his morning rounds is to “try to identify any potential obstetric emergencies” that may ultimately require anesthesia services.

The largest of the hospitals within the hospital system where he practices averages 450 deliveries each month.

“We do high-risk obstetrical cases here… pregnant women with cardiac disorders are sent to us. I’m also looking for coagulopathies, or other potential problems. For every 50 epidurals or spinals that I place, I probably see one patient that needs general anesthesia,” Dwayne said.

This would be due to complications like coagulopathies, emergency Cesarean section, placental abruption or worsening fetal distress. These types of complications leave no time for epidural or spinal catheter placement.

Once the busyness of the day winds down with completion of the scheduled labor inductions and Cesarean sections, Dwayne heads back to the on-call room to relax and wait for his next call. Nighttime calls to the CRNA team are often requests to provide labor analgesia to a laboring woman being admitted to the obstetric unit in spontaneous labor, or an emergency call to head to the OR for an emergency Cesarean section.

What happens in the OR

He related a story of having been called to the OR for an emergency Cesarean section in the middle of the night during one of his weekend shifts. The laboring patient also happened to be a registered nurse, and she was nervous.

While evaluating her for anesthesia prior to beginning the emergency surgery, he calmed the nervous mother, assuring her that she was in good hands and that the team would safely deliver her baby, and then administered spinal anesthesia as her baby was delivered.

The new mother was so inspired by her experience with Dwayne, that she later sought him out, not knowing who he was or what his role had been that day in the emergency delivery of her baby. Upon finding out he was a CRNA, she asked him how to become a CRNA, and enrolled in the program he still teaches today.

How CRNAs work together for better patient outcomes

Abby, an RN who works for a large, non-profit hospital located in a busy Midwest city, shared her experiences of interacting with CRNAs who work in a very different role during one of her typical days on the high-acuity COVID unit where she herself works.

Abby was working as a charge nurse and helping with a patient being admitted for an organ transport where the IV catheter placement was quite challenging. She  and her team made a brief attempt to insert an IV and quickly decided they needed the specialized skills of a CRNA if their patient were to receive the critical care he so desperately needed.

A CRNA who was part of the STEMI (ST-Segment Elevation Myocardial Infarction) Team was happy to offer Abby and her patient their experience and expertise. Seeing that the nurses on the unit that night were extremely busy and the patient acuity was high, the STEMI Team CRNA took it upon herself to call for a second CRNA from the Code Team to assist her with the IV insertion in this critically sick patient. The two CRNAs worked together but were unable to successfully place an IV in the patient.

After discussing the next best steps for this patient, the two CRNAs decided to consult a third CRNA, this one a member of the hospital’s Code Stroke Team. Adding his skills to the team efforts already in place for this patient, the third CRNA tried to place the critically needed IV. The Code Stroke Team CRNA “came out of the room… to share the good news and he looked like he was on cloud nine,” having successfully placed the IV, Abby said.

“We were able to immediately provide the urgent medications thanks to [all three of] the CRNAs dedication…[to care] for a patient not even on their patient list.”

The next generation of CRNAs

When asked if he had one word to share with prospective CRNA students, Dwayne quickly responded:

“Dedication,” he said. “Be dedicated to what you’re pursuing. Dedicated to 36 months of [challenging] study.”

Dedication. It’s what sets a CRNA apart. It’s what seems to define them and drive them. And so, as we begin a third year plagued with fears of virus and crowded hospital units and long waits in ERs and no beds in ICUs, we dedicate a few days this month to celebrating those CRNAs who dedicate each of their days, wherever that may be, to taking care of us, wherever we may be, when we need them the most.

CRNA Boards: Everything You Need to Know
Prep with the Pros
All of our practice questions are written by industry experts, and each question comes with a detailed explanation.
© 2022 Pocket Prep, Inc. All Rights Reserved.