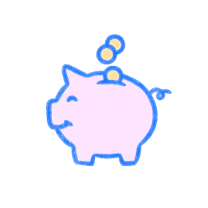 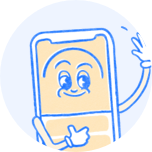 Theresa Howe
Guest Author
Getting into the field of finance requires a commitment to the lengthy accreditation process. In this week’s blog post, we hear from Theresa who entered the field as a novice. She shares her story of swiftly working to acquire the multiple certifications required and the things she learned about how the finance field works along the way.

An unexpected invitation to the finance industry

A few years ago, I was at a bit of a professional impasse. I’d been working in marketing consulting and found the agency life to be a bit of a grind, but the small business consulting wasn’t making the cut as far as my income needs were concerned.

Out of the blue, a recruiter for a financial firm contacted me and asked if I might be interested in starting a conversation. Having no other irons in the fire, I figured it couldn’t hurt to listen. I met with the team and decided to give it a try, moving more on instinct than practicality.

Then reality hit. To become certified to be a financial professional, I needed to pass a bunch of tests. OK, I’ve done lots of standardized tests in my day, SAT, GRE, GMAT, etc. I thought I was done with all of that after I got into business school. But I realized that as a person seeking yet again to change my career, I’d need to prove I was ready for the task.

Assessing the testing and certification requirements

I had obtained my MBA a couple of years prior so I figured I could make it through another test or two. In my case, I needed to pass an insurance licensing test, as well as the FINRA Series 63 and the FINRA Series 7 tests. Depending on the role a person is seeking, testing requirements vary. As I was affiliated with an established organization for a particular role, they had a plan laid out.

Preparing for the Series 7 exam

At the time I took the test, it was a 250-question test, with up to 6 hours to complete the test. The passing standard was 72 percent. To be honest, in the role I was aspiring toward, it was unlikely I would be fulfilling many of the strategies that the test required me to know intricate details about, such as arranging complex trades using strangles and straddles, but that’s what the test requires. To be certified, you must know enough to do all of the transactions, even if you aren’t going to be pursuing every strategy on behalf of your clients.

I have test anxiety. It is a real thing. And the longer the test, and more intricate, the more anxious it makes me. However, I had to take the test, regardless of how I felt. The company that sponsored my testing (because that is required) had a program in place to get new recruits up to speed and ready for the test.

It wasn’t free. Though I can’t say for certain, I can imagine this practice has been fairly standard in the industry. And it decidedly costs more than the fee for the test. Essentially, you end up paying to find out if you are even eligible to try to be successful in the business.

Key Learnings in My Preparation

I studied for about two months prior to taking the exam. My commute to work on most days of the week was an hour and a half each way on two busses. Looking back, it would have been extremely helpful if I could have effectively studied while in transit on my phone, but the program I was using featured a web-based model, not an app, so it wasn’t possible to study in that way.

However, I managed to pass the test on the first attempt. And I was elated. But there were things that could have helped ease my anxiety and smooth the process.

Changes to the FINRA System – SIE and Series 7

Fast forward to now. FINRA has a new process for people interested in joining the financial services industry. Depending on which financial areas of focus a person wants to go into, instead of one long 250-question exam, it’s now a two-part series of tests – the Securities Industry Essentials (SIE) Exam and the next series test (the Series 6 or Series 7).

Now, individuals who wish to join the financial professional workforces have to take the SIE exam first. There are some potential advantages to this.

It costs $60 to take the 100-question SIE and an individual doesn’t need to be associated with a firm in order to take the test. One advantage is that the individual can, after passing, use their passing status to market themselves to financial firms.

Once passed, the results are good for four years. Another advantage is that if someone can pass the SIE, it can give them a confidence boost going into a test like the Series 7.

Another major change is that the new Series 7 exam has been cut from 250 questions to 125. The percentage needed to pass is still 72 percent, but it still sounds much less daunting. To take the Series 7, individuals must be affiliated with and sponsored by an eligible firm. Once both tests are complete, individuals can obtain their General Securities registration.

Whichever Finance Path You Choose, Arm Yourself with a Modern Study Tool

The finance industry has a plethora of certification options to choose from. Whether you’re just entering the industry and looking for study support surrounding the SIE or Series 7, or you’re looking to transition to more advanced certifications such as the Series 63, Series 65 or Series 6, Pocket Prep has you covered with study support through the convenience of a mobile app.

Theresa Howe is a marketer and consultant. She’s worked in several industries, including finance, tech, construction, health, and housing. She holds an MBA from the University of Washington and an MTS from Harvard University. She now focuses on creating marketing content to help businesses better connect with their key constituents.

Tips For Studying If You Never Learned How
Prep with the Pros
All of our practice questions are written by industry experts, and each question comes with a detailed explanation.
© 2022 Pocket Prep, Inc. All Rights Reserved.