Alyson Newby
Content Strategist
Don’t plan for New Year’s resolutions. We’ve got you covered with how to form habits that will actually stick.

All of us (myself included), have at some point resigned themselves to changing something when January of the new year rolls around. It’s a natural break in time, so mentally we can rationalize a desire for change or something new.

Entire industries have been built around this. How many people start a gym membership (thanks New Year’s sales) only to slowly drop off and completely give up by late spring/summer?

The problem with New Year’s resolutions

There are a lot of problems with New Year resolutions. Wanting to make changes is fine, but it’s the way we think about and structure plans for these changes that could use some re-tooling. So what’s wrong with our current ideas around resolutions?

Research shows that when we make vague goals for ourselves, we often fail. One of the most common resolutions is ‘get healthy’. What does that even mean? Are we talking about mental health or physical health? Healthy is a relative term – my version of healthy is not yours. A more attainable health-related goal would be to run a 5k, drink a gallon of water a day, get your blood pressure down, or deadlift your bodyweight. Goals need to be specific.

Too much too soon

Good things take time. Often we’re not patient with ourselves and want Prime-like results. Unfortunately, that’s not how things work. If you’re trying to get stronger, learn a new language, or save money for a big purchase, all of those things take time. It’s a marathon, not a sprint.

Ximena Vengoechea, a UX researcher and author says, “Reflect on what you’re trying to achieve and why. Say your goal is to be a writer. Are you interested in writing a novel for fame, prestige, or for money? Is it to gain the acceptance or love of someone you care about? Or is it simply because you love the craft?”

What to do instead of new year’s resolutions

How can you set good habits and keep them? Some of the above applies. Be specific with your goal, why you want to achieve it, and how long it realistically takes. Here are some other specific tips to making habits that stick.

Friction comes in several forms – time, distance, and effort. One study specifically looked at time by way of reducing elevator usage convenience. An elevator door closing was slowed by 26 seconds, making the time to travel between floors longer. As a result, more people started taking the stairs. The fun part is even after the door was ‘fixed’, many still continued to take the stairs.

Another study looked at gym use and distance to the gym. Those who lived 5.1 miles away only went once a month versus those who lived 3.7 miles away went five times a month or more. It’s a small difference that made a lasting impact. 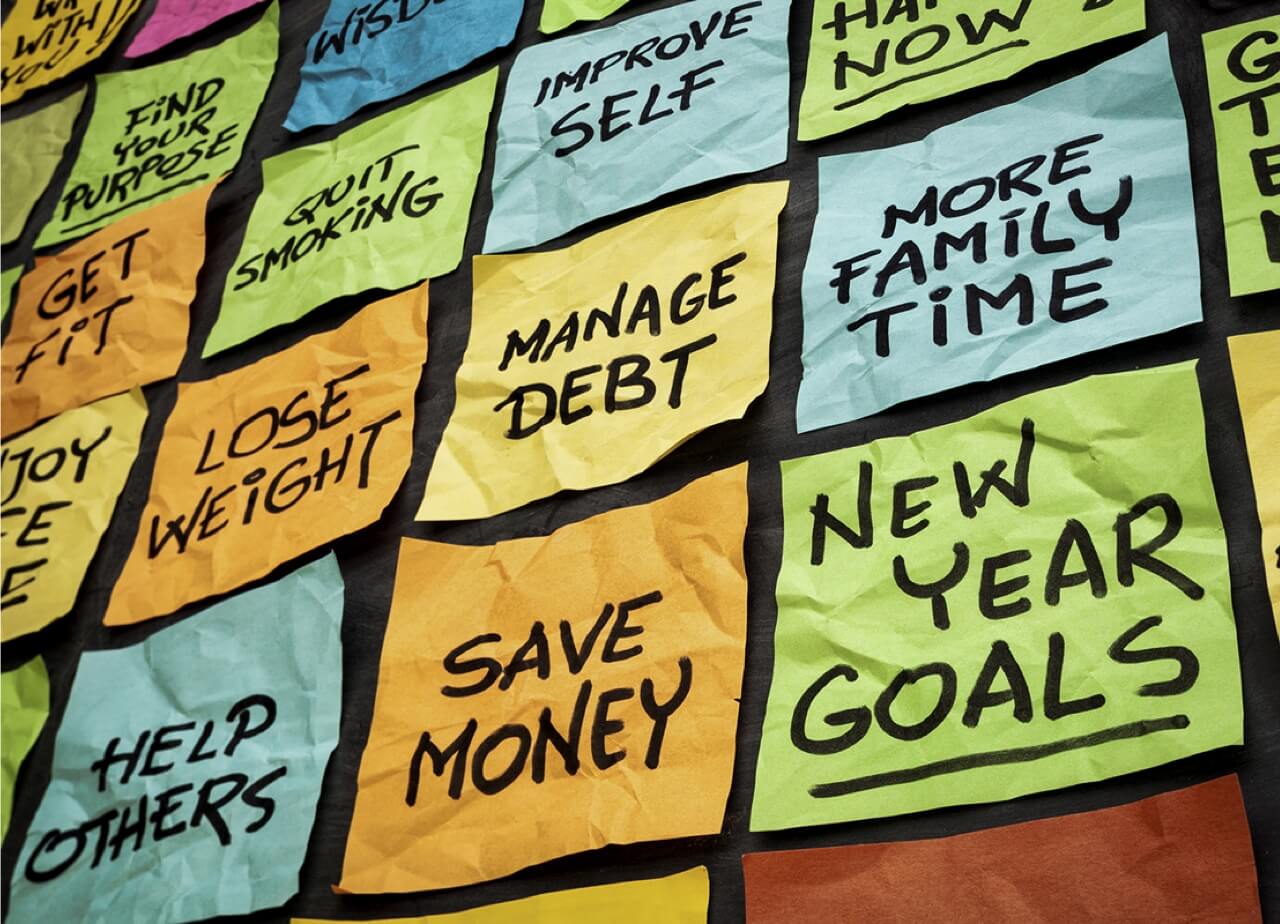 What is the motivation behind your goals?

If you can eliminate the friction of doing something, odds are you’ll be 1) more likely to start it and 2) more likely to stick to it. Dr. Wendy Wood, a research psychologist and author of “Good Habits, Bad Habits” says this:

“Ask yourself, ‘What would make it easier for me to do this? You want to reduce the effort. The thing about friction is we often don’t focus on it when we’re changing our behavior. We focus on ourselves and keeping ourselves motivated and exerting willpower. But you have to recognize that you’re also going to be influenced by the things going on around you.”

There are things we do every day – brushing our teeth, walking the dog, checking emails, making coffee, etc. You can try stacking new habits on top of these well-formed habits. One often-used example is standing on one foot while brushing your teeth (to promote balance). Do five pushups before walking the dog or use that time to listen to a language app.

If you’re already used to doing something, it’s much easier to add something small next to it. The key with stacking is to start small. Don’t try to tack on a huge new thing to your existing habit.

Very closely related to stacking is a term called ‘Temptation bundling’ which was coined by behavior researcher Katherine Milkman and her colleagues in a 2014 study. Simply put, you pair a pleasurable activity with instant gratification (listening to music, checking social media) with an unpleasurable one (going to the gym or data input).

Most of us have trouble maintaining motivation because it’s harder to look at our future selves vs. our present day. Temptation bundling taps into the rush and joy we feel with instant gratification while also interweaving in something we may not do by itself.

Habits are formed in the body of repetition and regularity is a critical component of cuing repetition. It’s easier to make something happen often when the cues that trigger the event are the same and the timing of the event is the same.

In a 2013 study about forming exercise habits, researchers found that 90% of people who were regular exercisers had regularity in their location or time when it came to their workout plan. Exercise was even more automatic for people who were cued by a specific location, like swimming in a lake or running on a beach.

We’re all different so it makes sense that there’s no magic habit-forming formula for everyone. Some people can form habits more quickly than others, and often it will depend on what that habit is. Generally speaking, the more friction to the desired habit, the longer it will take to form.

Keep your goals small at first, be realistic, and most importantly – be kind to yourself.

Help! I’ve Lost My Motivation to Study
Prep with the Pros
All of our practice questions are written by industry experts, and each question comes with a detailed explanation.
© 2022 Pocket Prep, Inc. All Rights Reserved.