How to Pass the ATI TEAS Science Section

Pocket Prep
Getting ready to take the ATI TEAS? We've got the science section covered in this post. Read top tips and key facts you need to know.

No matter what stage of studying you’re in or how many times you’ve attempted the exam, you should read these 20 ATI TEAS Science section review tips. We’ve gathered key information as to what topics are on the science section. Be sure you understand these topics before taking the official exam. It’s easy to tell yourself that you understand something complex, but are you really sure? A great way to test yourself is to explain the concept to a friend or family member. If you can teach them about the topic, you know you’ve fully grasped the concept.

Take note of these 20 items and make sure you’ve fully mastered them before you sit for the official ATI TEAS exam. Keep reading to learn how to pass ATI TEAS Science section with ease.

Memorize the scientific method steps (in order) and know specific examples of each step.

Understand states of matter (solid, liquid, gas). Know how a change in state may change the pressure or volume of the matter.

Learn what temperatures water freezes at and boils at.

Understand what each means and make sure you can recognize an example of each.

The amount of energy associated with an object’s motion may be quantified through a calculation of its kinetic energy (KE), or energy of motion. Any increase in an object’s velocity (in units of meters per second in the metric system) will result in a dramatic increase in the object’s KE. Specifically, any doubling of the velocity will cause the KE to increase by a factor of four times.

The amount of stored energy in an object may be quantified through a calculation of its potential energy (PE), or stored energy. Energy may be stored in several ways, as in a common battery cell or the gasoline in a fuel tank. The Earth’s gravity may also store energy when an object is held at a certain height. Specifically, any doubling of the height will also double the PE.

KE and PE have a unique connection. PE can be used to produce an object’s motion, which is KE. Both forms of energy have a dynamic interplay through the conservation of energy. Conservation of energy occurs when a total constant of energy is maintained by the conversion of energy between kinetic and potential. If a system is considered closed and isolated (no mass or energy is entering or leaving), then energy may only be converted from one form of energy to another. Generally, the energy of motion (KE) may be increased, but only at the expense of converting stored energy (PE). The reverse conversion may also occur (kinetic to potential), but the total energy for the system must remain fixed. In short, the Law of Conservation of Energy says that energy is not lost but rather transferred back and forth between KE and PE. Given a fixed amount of total energy in a system, an increase in KE will result in a decrease in PE (and vice versa), but the total amount of energy will remain the same.

Know the anatomy of both plant and animal cell walls. 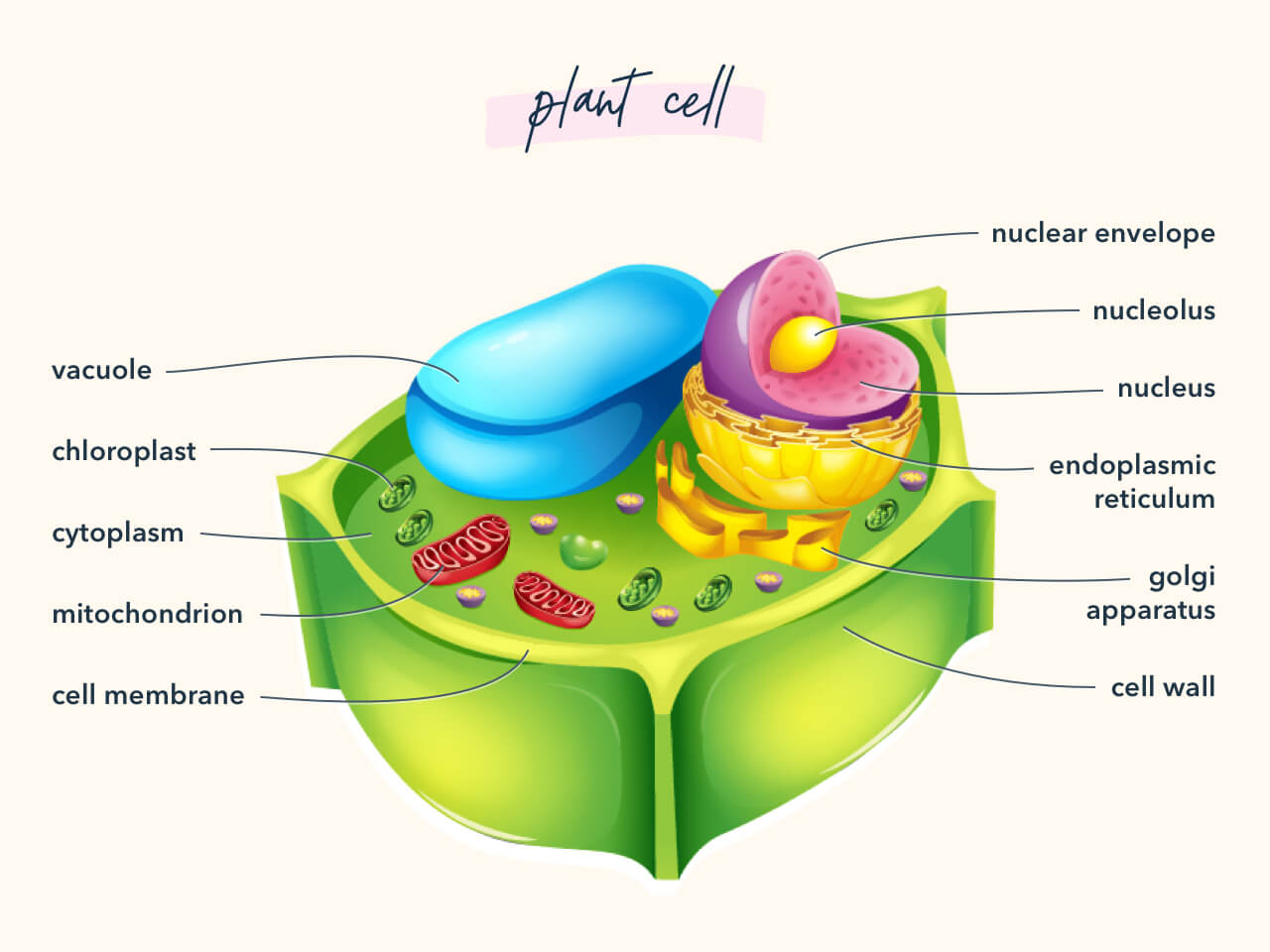 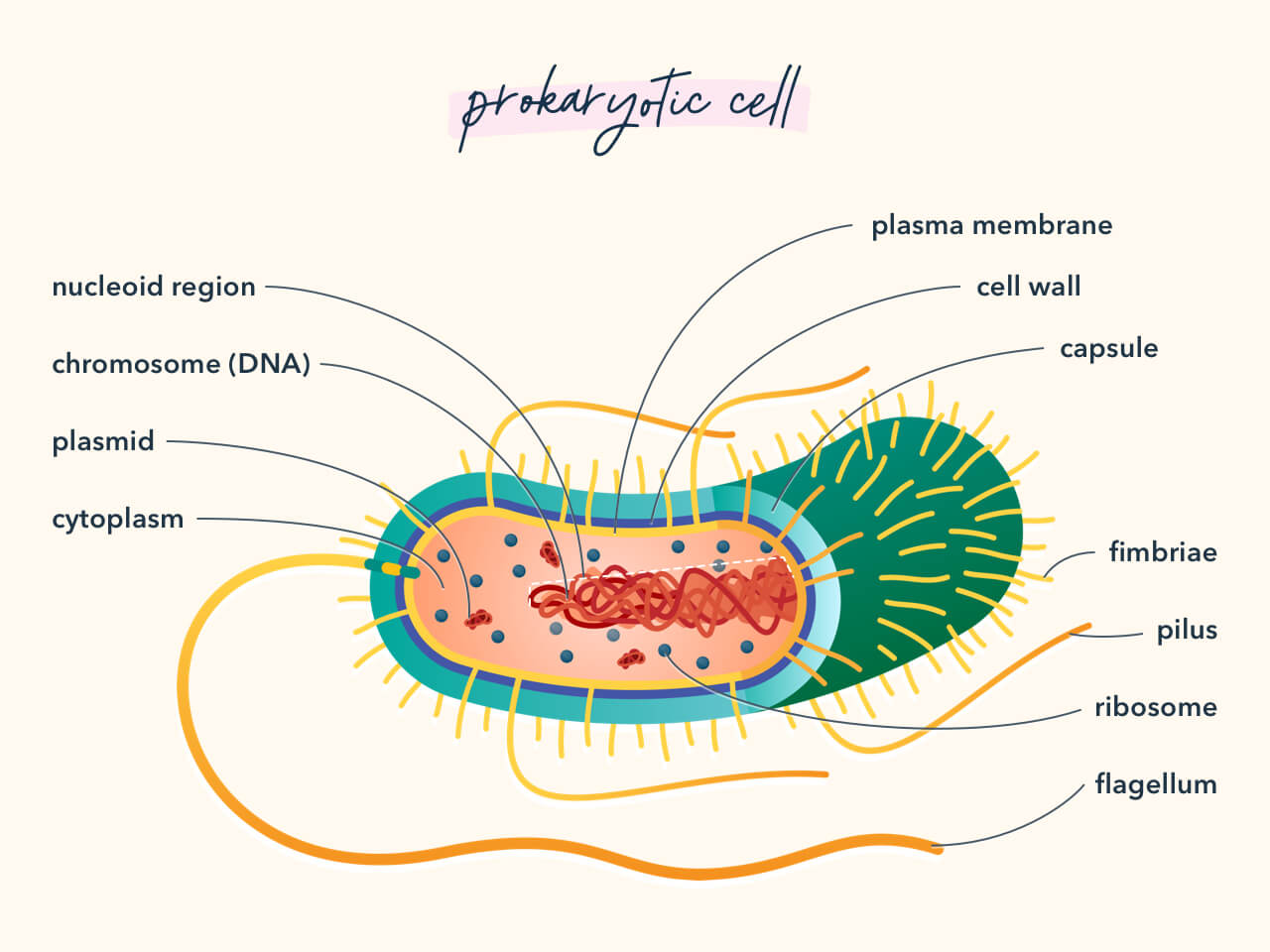 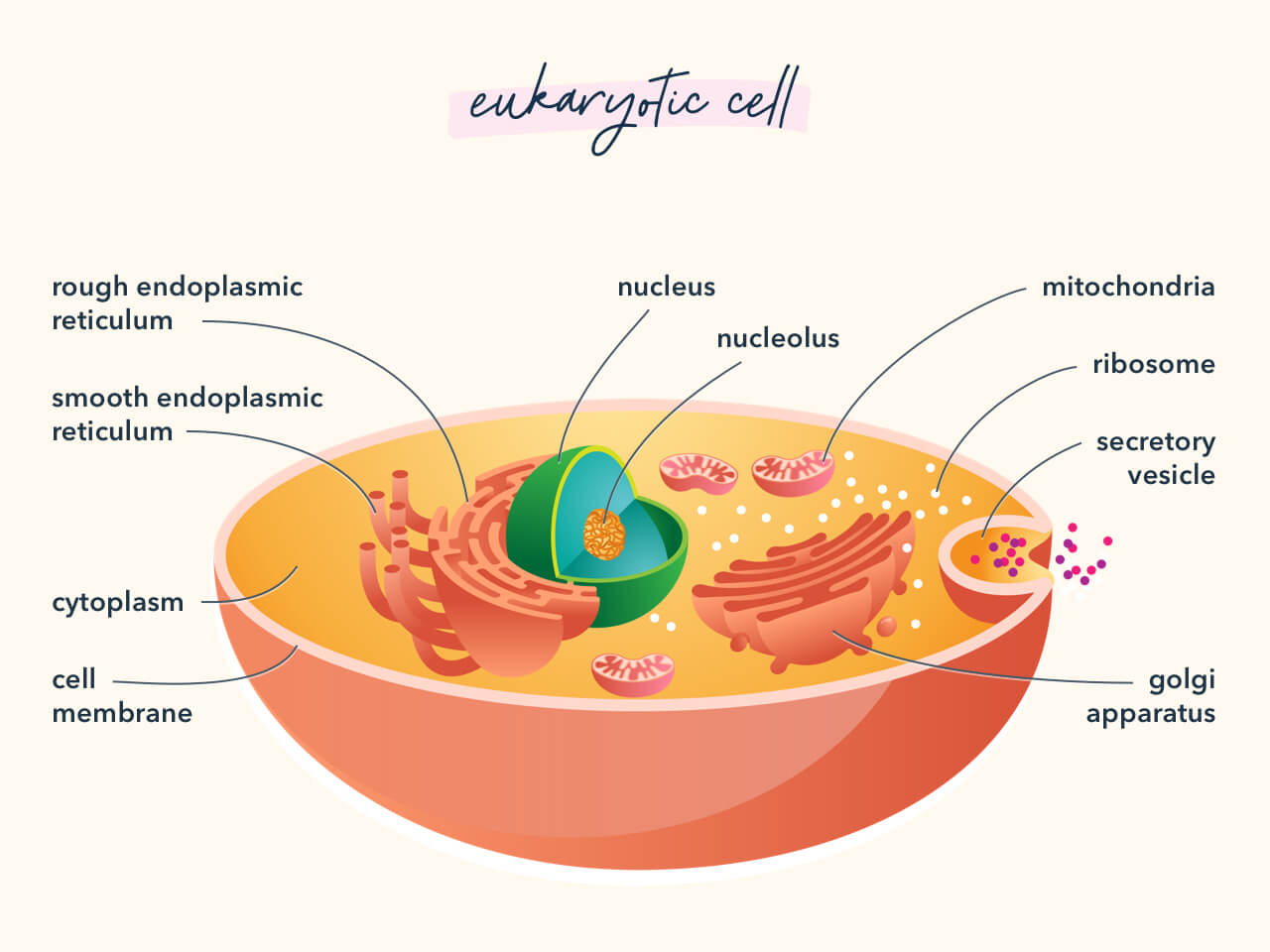 Understand all phases of each and what is happening.

Mitosis: Chromosomes in a cell nucleus are separated into two identical sets of chromosomes, each in its own nucleus.

Meiosis: A specialized type of cell division which reduces the chromosome number by half. This process occurs in all sexually reproducing eukaryotes (both single-celled and multicellular) including animals, plants, and fungi. 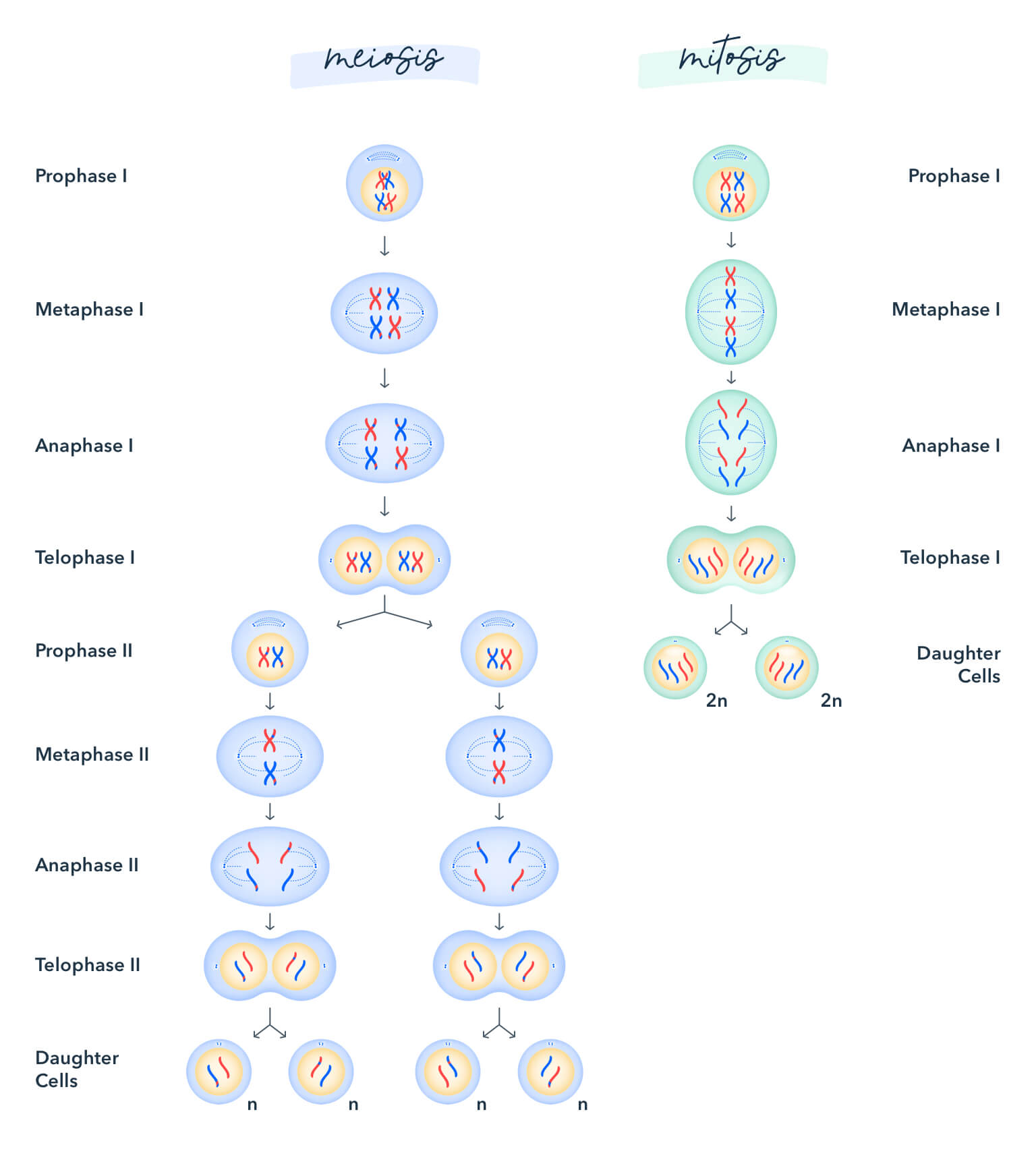 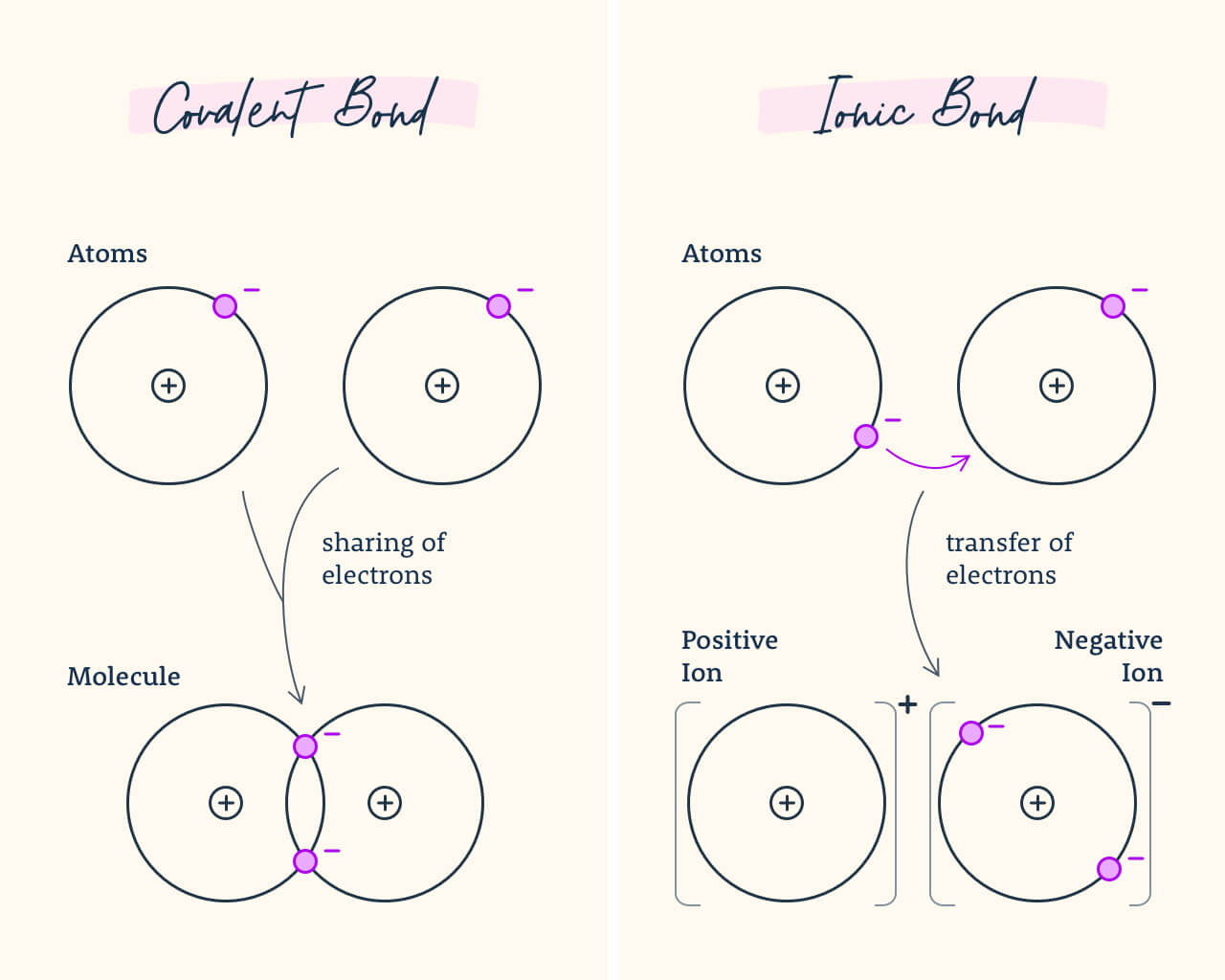 Understand Punnett Squares and ensure that you can set one up properly. Know the difference between heterozygous, homozygous, recessive, and dominant and how they each fit into the equation.

A genotype is an organism’s underlying genetic makeup or code. It is a blueprint for building and maintaining all structures within the cells of the body, from small proteins to metabolic activities. The DNA within genes codes for proteins that determine hereditary traits that will be passed on between generations. Interactions between the genotype and the environment affect the phenotype of the organism.

Organisms can have different genotypes, but the same phenotype (meaning organisms look the same).

The job of nucleic acids is to store and transmit hereditary information. A nucleic acid is a chain of nucleotides that consists of a pentose, a phosphate group, and a nitrogenous base. A pentose is a type of sugar and a phosphate group is a molecule in the backbone of DNA and RNA that links adjoining bases together. A nitrogenous base is a molecule found in DNA and RNA that encodes the genetic information in cells. There are five types of nitrogenous bases: adenine, cytosine, guanine, thymine, and uracil. Adenine, cytosine, and guanine are found in both DNA and RNA, while thymine is unique to DNA and uracil to RNA.

DNA is most often seen in a structure known as the double helix. This complex is able to form because weak bonds are able to form between the hydrogen atoms and oxygen or nitrogen atoms between bases in the complementary strands of DNA. This kind of weak bond is called a hydrogen bond because one partner in the bond is always a hydrogen atom. In DNA, adenine (A) always pairs with thymine (T), and guanine (G) always pairs with cytosine (C). 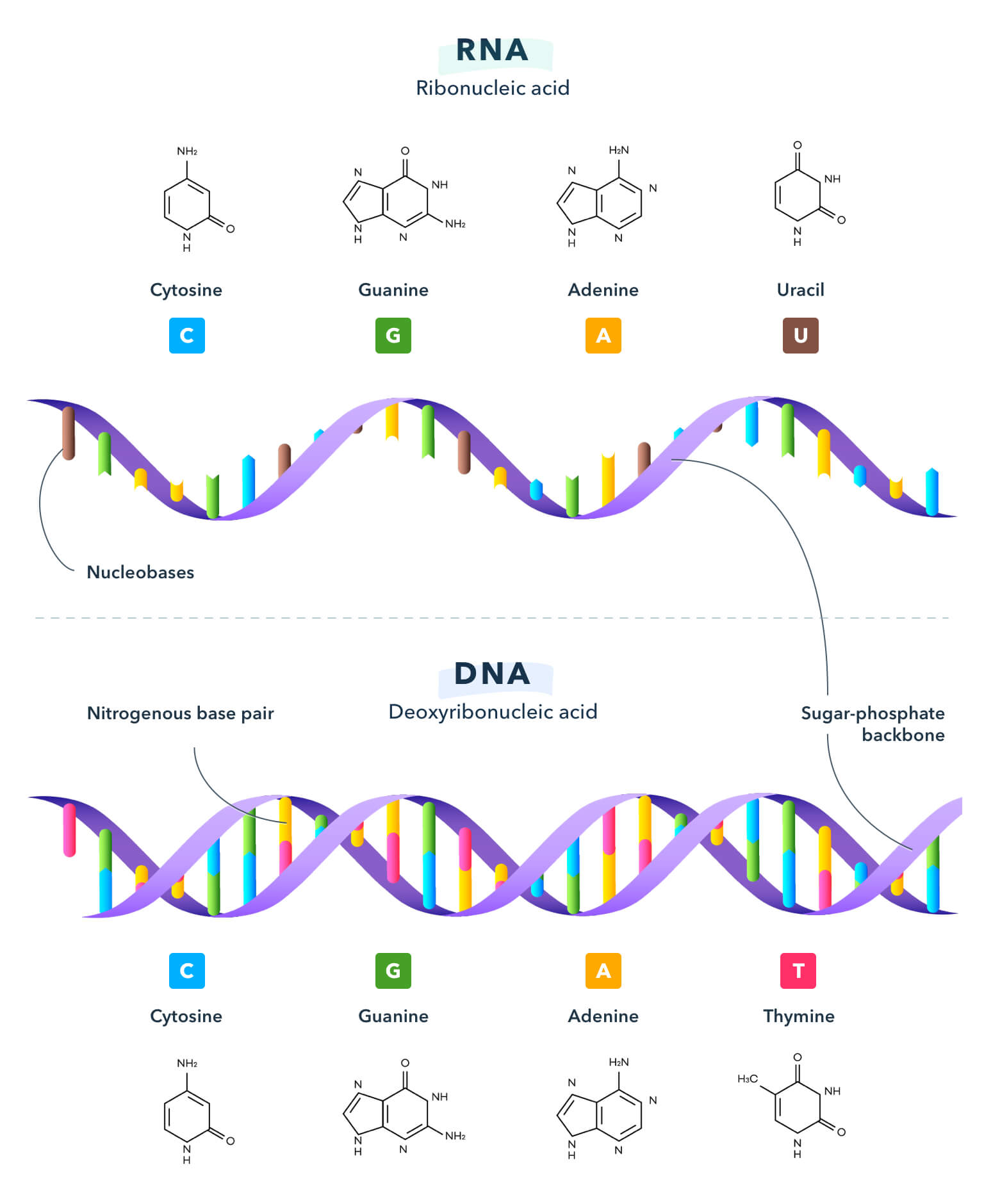 DNA is the genetic blueprint of the cell and RNA can be thought of as the messenger within the cell. The message stored in the bases of DNA must be transferred to the ribosomes to make proteins. Cells copy the instructions in the DNA into RNA (transcription) and send the messenger RNA to the ribosomes. Then, proteins are made by ribosomes from the information and sent out to the entire cell. This process of protein production from messenger RNA is called translation. DNA, RNA, and ribosomes work hand in hand to produce the proteins necessary for life in cells.

Know the pH scale and understand what may happen if something is added to it. (Example: What may raise or lower the pH of blood?)

Know everything about the periodic table!

You absolutely MUST know how to balance a basic chemical equation.

Cell differentiation is how generic embryonic cells become specialized cells. This occurs through a process called gene expression. Gene expression is the specific combination of genes that are turned on or off (expressed or repressed), and this is what dictates how a cell functions.

Know what they are, how they relate to each other, and how they affect organisms.

Know the eight parts of the biological classification system. Domain, Kingdom, Phylum, Class, Order, Family, Genus, Species. You can remember this with a clever mnemonic: ‘Dumb Kids Playing Chess On Freeway Get Smushed’

Photosynthesis is the process carried out by green plants, green algae, and certain bacteria, in which the energy from sunlight is trapped by the green pigment chlorophyll and used for the synthesis of glucose. These organisms are able to carry out photosynthesis due to the specialized organelle called a chloroplast. In the chloroplast, carbon dioxide, water, and energy from the sun are used to produce adenosine triphosphate (ATP), which is a cellular fuel that provides the energy to produce glucose from carbon dioxide and water, liberating oxygen in the process. An organism that is able to produce its own food is termed an autotroph, and most autotrophs use photosynthesis to live. In contrast, heterotrophs are organisms that cannot produce their own food.

Because anatomy and physiology is such a broad subject, we suggest a variety of topics. Check out Pocket Prep’s Nursing School app for specific A&P help.

Some of the above information is from the ATI Testing TEAS Study Guide.

What is the ATI TEAS Test?
Prep with the Pros
All of our practice questions are written by industry experts, and each question comes with a detailed explanation.
© 2022 Pocket Prep, Inc. All Rights Reserved.