Our Blog
What is the ATI TEAS Test?
Try our Prep

What is the ATI TEAS Test? 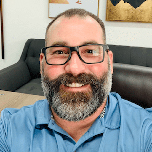 Jeremy R. Verhines
Guest Author
The TEAS is an entry-level exam covering nursing & health sciences knowledge. Find out what's on the exam and how it's scored.

What is the ATI TEAS Test?

How is the TEAS exam scored?

Although there is no passing score per say, the ATI TEAS does provide a total score for the test in its entirety and a composite score for each content section. These scores help identify a candidate’s strengths and weaknesses. Most academic programs require minimum passing scores of tested content areas in order to be considered for entry. Other institutions may only use a consideration approach when using the TEAS results which means they will consider the test results when weighing out the candidate as a whole. The final test score is based upon an adjusted percentage of the total correct ranging from 0% to 100%. The total score is calculated when taking the entire 150 questions into consideration, not the individual areas. However, individual subjects are given their own cumulative scores and academic programs do look at these individual areas tested to better understand where the candidate lies with regards to academic competency. This is important to understand and it is strongly recommended that the prospective candidate contact their school to find out what the minimum requirements for entry are. It is also important to understand how the TEAS is considered when applying to a nursing program as this will help you better prepare for entry.

What are some examples of questions on the ATI TEAS exam?

Mitosis is a cell cycle during which a parent cell produces an identical daughter cell. It has four main phases: prophase, metaphase, anaphase, and telophase. Since the parent and daughter cells are identical, both diploids and haploids can undergo mitosis.

Mitosis is a four-stage process that creates two identical cells from one original cell.

English Language Usage
In the following sentence, which verb tense should be used in the blank?

Explanation:
Correct answer: (A) has driven

Sherri has driven to Montreal only two times before.

Has driven is the present perfect tense. Drove is the simple past tense and does not fit in the sentence correctly. Had drove and has drove are incorrect as past perfect and present perfect due to the use of the word drove in place of driven.

Reading Comprehension
Read the supporting details below to answer the following question.

When an ex-employee files for unemployment compensation in The State of Illinois, they will list their last or most recent employer on the forms. Only the last employer who has employed this person for over 30 “working” days is responsible for this person’s unemployment compensation. If a company employs someone that works for only 29 “working” days, then they are not responsible.

A working day is considered an eight-hour day. So if you have a part-time employee, the total hours worked must add up to thirty days at eight hours apiece or a total of more than 240 hours. If they have not worked for you for that amount of time, then you are not the last chargeable employer. But you have to be able to prove this assertion. Time cards and payroll records are essential.

The main idea of a passage can be identified by answering the following two questions:
1. What is the passage about?
2. What point is the author trying to make?

Why is it important to do well on the ATI TEAS exam?

It is important to take the TEAS exam seriously. First of all, scoring well on this exam is essential in establishing your value as a candidate and securing a seat in a Nursing program. Secondly, any credible nursing program will require that a minimum standard of competence exists before considering applicants for their program. State licensure bodies have certain criteria academic programs must maintain in order for that program to become approved. One of the criteria is that the academic program be accredited by either The Commission on Collegiate Nursing Education (CCNE) or The Accreditation Commission for Education in Nursing (ACEN). Obtaining and maintaining these accreditations is essential in the academic facility’s success and profitability. Implementing requirements such as the TEAS test provides a mechanism of accountability and sustainability for their program. Successful TEAS test takers are at the foundation and the future of the nursing profession.

Registered Nurses are considered to be among the most trusted and respected when compared to other professions. In a 2017, Gallup Poll, nurses were ranked as the #1 most ethical profession in America. This ranking has been held consecutively for 16 years. Out of 22 occupations, nursing continues to rank at the top with medical doctors trailing in 4th place. Eighty-Two percent of Americans describe the ethics of nursing to be very high (Brenan, 2017). This is substantial when it comes to statistics, job outlook, viability, and longevity of the nursing profession. There is a reason for these rankings and it starts at the foundation. The TEAS exam is just one of the components that help support such a strong track record. As you embark on your journey in becoming a nurse, a part of that journey requires effective planning and preparation. Preparation requires that you hone in and focus your studying effectively. Streamline your processes, utilize the materials provided by the Assessment Technologies Institute (ATI) and be sure to have a solid test prep app such as Pocket Prep. Many test takers make the cardinal mistake of spreading themselves out too thin by purchasing unnecessary books and tools that promise success. The saying “less is more” is monumental when it comes to structuring your study efforts. In almost every case, the material offered by the professional organization and a solid test bank app is sufficient enough when preparing for any exam. Trust me, I have been in your shoes. I am a Board Certified Psychiatric Mental Health Nurse Practitioner and have taken many a test in my day. I remember all too well the importance of studying smart. Unfortunately, many of my colleagues found themselves overwhelmed by the amount of test prep material they had acquired. It was painful to watch. I have always taken the simple approach with more centralized plan and focus. The core content book offered by my particular accrediting body along with the Pocket Prep app were the tools I utilized to be successful. You too will be successful when you prepare for your test, maintain simplicity and focus in your efforts. For more information about the TEAS exam, you can visit the ATI website.

Jeremy R. Verhines, MSN, RN, PMHNP-BC is a board certified Psychiatric-Mental Health Nurse Practitioner. He completed his graduate degree at The Ohio State University. Prior to gaining experience in the care and treatment of the psychiatric patient population, Jeremy gained extensive knowledge and experience in the Critical Care and Medical Surgical Fields of Nursing. He is a well-rounded Practitioner who understands both the medical and psychiatric side of medicine and incorporates this experience as he considers treatment for his clients.

Following his time working with the critically ill, Jeremy had the opportunity to cross train in psychiatry. After his exposure to this area of medicine, he found his passion. Jeremy saw the need for more comprehensive goal-directed, compassionate care and began his growth in this specialty. Since that day, Jeremy has been sought out by both Physicians, Nurse Practitioners and other Executives in healthcare for his expert advice and extensive knowledge surrounding the care and advocacy of this vulnerable clientele and especially caring for these individuals who may have a primary medical diagnosis with a comorbid psychiatric disease.

How to Pass the ATI TEAS Science Section
Prep with the Pros
All of our practice questions are written by industry experts, and each question comes with a detailed explanation.
© 2023 Pocket Prep, Inc. All Rights Reserved.