Our Blog
Understanding HESI A2 Chemistry Topics
Try our Prep 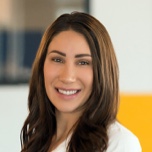 Michelle Marlowe
Senior Education Manager
Chemistry, yikes! Fear not - we've got you covered on the HESI A2 chemistry topics.

Elements and atoms and moles, oh my! Explaining HESI A2 Chemistry Topics

Need chemistry lessons? Don’t trust atoms. They make up everything!

If the joke above didn’t make sense to you, don’t worry. You’re in the right place. The rules of chemistry are vast and intense, so taking the leap into the world of chemistry can be intimidating. This article will provide organization and structure to all of these rules.

Let’s begin with the atom, and we’ll start here because the atom is considered the building block of chemistry.

Now…how do atoms relate to elements?

Elements are substances composed of the same type of atom. The periodic table is the organization system of elements.

Each element has its own atomic number which is equal to the number of protons in the atom.

The number of neutrons in an atom can also vary; in this case, the element would be classified as an isotope.

An important piece of information that can be found on the periodic table is the atomic mass of an element. The mass number is equal to the number of protons and number of neutrons.

The atomic weight is listed under each element and is an average of the atomic masses of all isotopes of each element.

Determine the number of atoms of each element

So, you’ve heard all about stoichiometry and how difficult molar mass calculations can be, but it’s time to put a stop to those rumors. Let’s break it down.

The periodic table also provides information to solve for a compounds molar mass – the quantity of grams present in a mole of a substance.

The molar mass is the standard unit in chemistry. It tells us how many grams of a substance are in 1 mole of the substance. To calculate molar mass:

Determine the number of atoms of each element

Multiply the number of atoms by the atomic weight

Ready to step it up? Good! Because we are moving from simple building blocks to more complex compounds. Let’s see what happens when atoms are attracted to one another…

1. Hydrogen bonds – these are relatively weak bonds. They form when a hydrogen (which has a partial positive charge) interacts with a more electronegative atom (such as oxygen, nitrogen, or fluorine).

2. Ionic bonds – these are stronger bonds. They are formed when a metal & a non-metal interact and transfer electrons. Generally, one atom loses electrons (which results in a positive charge) and the other atom gains an electron (which results in a negative charge). These two charges typically cancel out and form a neutral compound.

Chemical reactions are vast and complex. Here we will present 7 categories of reactions:

2. Decomposition: A single compound is broken down into two or more substances. AB → A+B

3. Single replacement: One element takes the place of another element in a compound. AB+C → AC+B

4. Double replacement: Two elements take the place of another element in a compound. AB+CD → AC+BD

5. Neutralization: A special type of double replacement involving an acid and a base

6. Combustion: A reaction of a fuel with oxygen that produces energy (heat or light).

7. Redox: An oxidation-reduction wherein transfer of electrons must occur.

10 Keys To Passing the HESI A2 Grammar Section
Prep with the Pros
All of our practice questions are written by industry experts, and each question comes with a detailed explanation.
© 2023 Pocket Prep, Inc. All Rights Reserved.