Our Blog
Why Networking is Essential

Why Networking is Essential 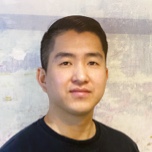 Don Ly
Marketing Specialist
Why is networking so important and how do you actually go about doing it? Read on for networking tips and tricks.

Yes, we know – networking can feel like a hassle and not the main priority on your daily schedule. Why waste all your effort and free time on a process that’s awkward (sometimes), time-consuming, and mentally draining?

The answer is simple; networking can be as valuable to your success as a degree or years of experience in the field.

Unfortunately, networking will have to be a skill you learn on your own outside of the classroom. So, get ready; we’re diving straight into the process, starting with the concept of networking.

Networking as a student can be very similar to how you use social media to keep in touch, exchange information, and share common interests. Professional networking can be viewed in the same way.

Instead of connecting with celebrities, influencers, or that random kid you passed in the hallway back in high school, you’re connecting with professionals, industry experts, and professors.

The end goal of networking is to develop a relationship with experts who can help you pave the way for where you want to go. Whether it’s to a graduate program, an internship, or a job you dreamed about since childhood.

85 % of jobs are filled by networking.
U.S. Bureau of Labor and Statistics

Think about the goal of networking as the same idea as Six Degrees of Kevin Bacon. The concept of this popular parlor game is based on the idea that anyone involved in the Hollywood film industry can be linked through their film roles to Bacon within six steps.

Getting to your dream job can be viewed the same way through networking. For example, let’s say you want to work at Company A, but you don’t know anyone who works there that can help you land an interview. You can start by networking with a friend who will connect you with their friends who would know someone that works at Company A.

When it comes to networking, the more people you know, the better.

It’s always ideal to start networking early, especially when you’re still in school, before you transition to the next chapter in life.

The benefits of networking

Besides academic and extracurricular responsibilities, it’s also your responsibility to find a way to have a successful career after graduating. So, the more you network while in school, the easier it is to build the bridge from academic success to career success.

Having a good network is vital to your professional success. According to a recent report by The U.S. Bureau of Labor and Statistics 85 percent of jobs are filled by networking.

But networking isn’t only about getting a job, here are a few more important reasons to network while in school:

1. Paving a way for new opportunities

As a student, networking can get you into the right program or internship. Connecting with the right people can expand your current knowledge area. When you put yourself out there it can open doors for more opportunities.

Do you ever dread the feeling of introducing yourself to a new classmate or someone you’re interviewing with? I know I do. With networking, putting yourself out there in front of strangers is one of the best ways to build confidence. Practicing networking will build confidence and eventually make talking to strangers much easier — without the need of wanting to run and hide.

Having a mentor is a great way to get advice on classes, projects, and the transition process from life as a student to graduation. But finding the right mentor isn’t always easy, so don’t wait till the last minute; start networking with those around you as success takes time.

Using your network is a great way to learn more about your industry, from best practices in the field to upcoming changes. Finding people who share the same interests and goals as you can lead to great advice on what you can do to stay competitive in your field.

5. Invest in your peers

We all have to start somewhere near the bottom. Connecting with your classmates is an excellent way to network. One day, those students will work at larger companies or become managers who can help you get the job you want. Connecting with those on the same level as you will be much easier than trying to connect with CEOs.

How to build your network

Making the right connections with the people who can support you through networking isn’t always easy. Effectively creating a circle of colleagues who can help you along your journey to success will require a continuous process, practice, attention, and time.

To make networking more manageable, here are some helpful tips to help you build your network:

1. Have an elevator pitch

Always be ready to market who you are and what you do. The best way to do that without putting someone to sleep is to give a quick 30-second elevator pitch touching on your current skills and future goals.

2. Be present on social media

3. Be proactive on campus

There are many ways to connect with people while on campus, from professional clubs to sports events. Being active on campus will allow you to branch out from connecting with only classmates to connecting with speakers, advisers, and possibly a future mentor. So if your campus has an upcoming involvement event, remember to go!

Either in-person or online, don’t be afraid to reach out and ask questions, primarily open-ended questions that will allow you to develop longer-lasting conversations. At the end of the day, networking is about building relationships and not just gathering contact information.

Don’t be afraid to talk first when it comes to networking. Having confidence and charisma can go a long way. All you have to do is be genuine and take an interest in the situation. If you’re having difficulty keeping the conversion flowing, revert to the last tip and ask meaningful questions to show interest in who they are and what they do.

Networking requires continuous work even after the meetup. Send your new network an email after an event and let them know how much you appreciate their time, even if they don’t have a perfect opportunity for you right now.

A follow-up message can help you stand out, solidify your new connection, and build a foundation for future opportunities. If not with your new network, it could be with someone they know who may hold the key to your success. For bonus points, talk about something personal you learned about them or something helpful they said, this will make you stand out.

Now that you know the whys and hows about networking, it’s time to get out there. Don’t be shy to get this process started. It’ll get better with time and experience.

Start easy by contacting people online or bringing a friend to an event with you. LinkedIn is another great place to start that’s highly effective. The sooner you can network, the sooner you can become successful. Remember, it’s not always what you know, but who you know that will get you there.

Procrastination – the Good, the Bad, and the Ugly
Prep with the Pros
All of our practice questions are written by industry experts, and each question comes with a detailed explanation.
© 2022 Pocket Prep, Inc. All Rights Reserved.