Our Blog
Working as an EMT: Rural vs. Urban differences
Try our Prep 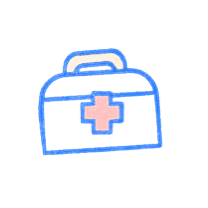 Working as an EMT: Rural vs. Urban differences

Pocket Prep
If you’re considering a career as an EMT, it’s important to think about the environment you’ll be working in. In this post, we examine the differences between rural and urban EMT settings.

If you live in an urban setting and need to dial 911, there’s an expectation that help isn’t far away. When my father fell at 3 a.m., we called 911 and had EMS on the scene in about ten minutes. Living in an urban area with a fire station less than a mile away has its benefits.

But what about people who live in more rural areas? For anyone who’s been binge-watching Virgin River, there are numerous instances of life-threatening situations where the characters will say, ‘The hospital is two hours away, they won’t make it!’ While it may sound like amped up melodrama, it’s not.

These types of situations are very real indeed. And the complexities of rural care go beyond just being far away from help. Funding, training, and lack of staff also factor in.

Emergency services are run by our local governments. So depending on where you live, emergency services may be run through a fire department, a hospital, or even a private agency. The funding for these services can come from many places:

The resources of the area you work may have a significant impact on your EMT day-today. Like with every industry, when funding or resources increase or decrease, it will affect how much you are able to work. Rural areas may face consolidation of resources which could mean you’d cover a wider area as an EMT.

Many of the EMS workers in rural areas are volunteers due to staffing and financial shortages. These people donate their skill and time to help their communities, but they often don’t have access to the training and resources they need to ensure the highest level of patient care.

So if a person in a rural setting falls and breaks an ankle, getting to a hospital could end up taking hours and using several different crews. Not only is this difficult on the patient, but it ties up emergency services all because of potential inefficiencies.

One potential upside of rural care is that, because you are further away from hospitals and doctors, the medical interventions performed by rural EMTs can be more varied and require more skill. Though up for debate, some EMTs say they learned more in rural settings.

It’s obvious that those living in high-density areas generally have shorter wait times when it comes to EMS response. The response time has been studied and directly linked to increased chances of better patient outcomes when EMS care is not delayed.

One study in Nebraska found that 70% of EMS responses were for elderly patients vs 38% for urban settings.
A rural-urban comparison of prehospital emergency medical services in Nebraska, S C Stripe & J Susman

The study says,“The rural ambulance service was more likely to provide for routine transfers, to involve patients with fractures and cardiorespiratory and neurologic problems, and twice as likely to result in hospital admission than was the urban ambulance service.”

So with rural care, there may be less variety in types of cases, but more opportunity to be more involved in the care itself. With urban care, the variety in calls and cases is greater, so an EMT would likely be exposed to more.

Rural vs. Urban: Deciding Where to Work

Currently, about half of the world’s population lives in urban areas, but that number is expected to increase to 68% by 2050, according to the UN. As more people move to cities, what will that mean for rural populations that already face shortages in funding and resources?

As an EMT, you may have a choice in deciding what kind of working environment you want. There’s a lot of debate among EMTs about the pros and cons of urban vs. rural.

While urban environments provide constant action, some EMTs say that because you’re never more than a few miles from a major hospital, the physicians will immediately take over. On the other side, a rural EMS station may have a lot more down time with far fewer calls.

Shifts vary greatly across the country, but common models follow 9, 12, or 24-hour (or longer) shifts. The 24-hour shifts are very common in rural areas where it wouldn’t make sense to change staff frequently.

One thing that’s true for both, is the EMT field is growing. According to the US Bureau of Labor Statistics, ‘Employment of emergency medical technicians (EMTs) and paramedics is projected to grow 6 percent from 2019 to 2029, faster than the average for all occupations.’

Depending on where you are working, it’s helpful to understand what kind of calls you’ll be assigned to most often. Yes, if you’re working as an EMS provider in a rural area, expect more calls that deal with elderly patients.

Understand the most common types of injuries (falls, cardiac events, etc.) you’ll be responding to and be aware of the type of pre-hospital care they need. You may also find yourself frequently transporting patients from an assisted living center to a hospital.

Aside from your EMT certification, it might be worth considering advanced EMS certifications like the NREMT AEMT or the NREMT NRP. Both are high-level trainings that would benefit an EMT in either rural or urban settings.

Wherever you end up, doing some research into the history of the area you are looking to work in will allow you to understand what types of challenges and opportunities you’ll be up against.

Don’t be afraid to ask someone who’s already out in the field for their opinions over lunch or a Zoom call, and make sure to ask the right questions during any interviews. Being well informed will help you map out a path to get to where you want to go.

How to Navigate the National Registry
Prep with the Pros
All of our practice questions are written by industry experts, and each question comes with a detailed explanation.
© 2022 Pocket Prep, Inc. All Rights Reserved.